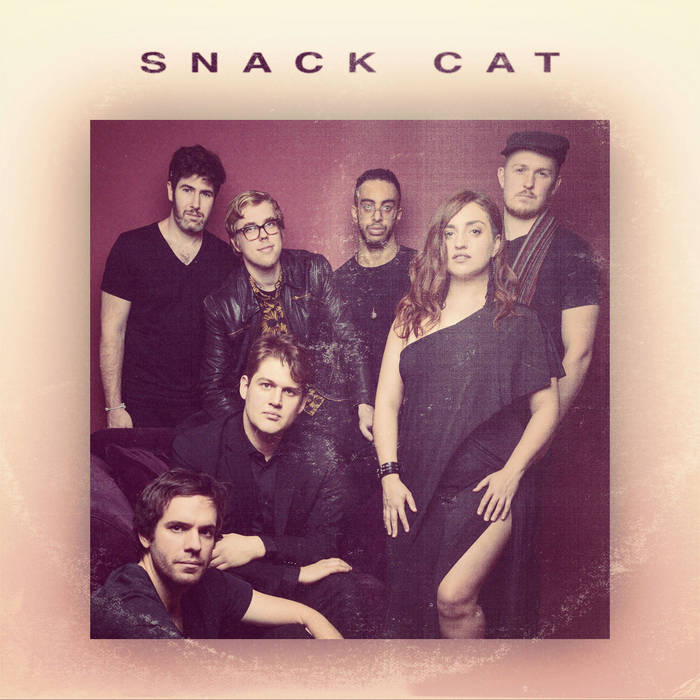 Snack Cat is a NYC based band that features some of the cities top young musicians. The group's sound is a cross between soul, rock, jazz, blues and funk. Snack Cat has already played many of NYC's top music venues including Rockwood Music Hall, Mercury Lounge, The Falcon, Bryant Park, Groove, C'mon Everybody, and The Knitting Factory. The band consistently plays Sofar Sounds shows around the city as well. Snack Cat's members have played and recorded with some of of the biggest names in music: Roberta Flack, John Mayer, The Zach Brown Band, Grace Potter, Ben Folds, John Patitucci, Jersey Boys, Greg Allman, etc.

Snack Cat’s first official release has been a long time in the making. The band has been refining its sound for a few years now, drawing inspiration from classic funk, soul and rock while never forgetting its jazz roots. Guitarist and bandleader Aleksi Glick wrote most of the music for this debut EP in January 2018 on a rooftop in LA. It was something about the setting of the dirty yet iconic city that got the creative juices flowing - the many dreamers trying to make it big and putting on whatever face or facade got them through the day. While the songs come from a reflective and almost pensive place, they express a certain joy and hopefulness. At its heart, Glick's music is inspired by his hometown of New York City, but for some reason these particular songs needed to come to life and grow elsewhere. Along the way, Glick's old bandmate, Madhava Hansen, and Snack Cat frontwoman, Chantal Mitvalsky, contributed final touches to the songwriting behind the tracks.

The EP was recorded at Flux Studios in NYC's Lower East Side by Tom Beuchal and mixed, mastered and produced in LA by Alvin Wee. Each member of Snack Cat's distinct musical voice adds to the group's classic yet one-of-a-kind sound displayed on this release. Chantal and Pete's soulful voices overlay the dynamic rhythm section (Aleksi, Jeff, Nathan and Sharik) with the tight horn section (Seth and David) adding final touches to bring the music to life.

Snack Cat is an NYC based soul, funk and r&b band influenced by many musical genres and groups including Vulfpeck, Tedeschi Trucks Band, Bob Dylan, Lake Street Dive, Jimmy Hendrix and Chaka Khan. Now, if these artists were also to have a child who became a total party animal, you might have something that resembled Snack Cat! ... more

Bandcamp Daily  your guide to the world of Bandcamp

outré black metal, with a Victory Over the Sun interview and music from Liturgy and Jute Gyte.